The 00-ARETHA, also known as the Mutant Core, is a massive Prototype NEXT used by Joshua O'Brian in Armored Core 4. It is later repaired by ORCA in Armored Core: For Answer.

Based upon information provided by Fiona Jarnefeldt, it is inferred that her father created this Mutant Core as the first generation Armored Core NEXT, showing design similarities to the 002-B and the 03-AALIYAH. It was taken or finished by the Rayleonard Corporation and later by Omer after Rayleonard's fall, and was given to Joshua O'Brien to destroy Anatolia. Despite its monstrous abilities, the 00-Aretha is ultimately destroyed by Anatolia's Mercenary, also killing its pilot Joshua O'Brien.

It is later encountered near the Ehrenberg facilities in ACFA, defending them along with Neo Nidus.

The ARETHA has a very distinct appearance in comparison to its fellow NEXTs; First and foremost, it stands about 1.5 times taller than even the largest Next, and has particularly long arms. The craft also seems to lack a traditional head part, with it's sensors seeming to meld into the machine's core. Completing its silhouette are its massive guns, which are longer than the machine is tall, and will most likely be the first thing one notices while looking at the machine. Despite these differences, an examination of the core and the shoulders would give it more than a passing resemblance to the Aaliyah family of crafts.

Unlike its smaller predecessors, the ARETHA has only a single set of weapons, but makes up for this lack of modularity by being far more powerful than a normal NEXT's weapons. On the left side, the ARETHA has a large scale plasma cannon with high power, long range, and high velocity for this weapon type. On its right side, the ARETHA equips a quintuple Gatling gun which is capable of shredding AP chewing straight through PA in seconds.

In terms of speed, this unit has a unique “Mega” Quickboost that allows the ARETHA to disappear in a blur of red flames, giving the appearance of teleportation; it could also use this in rapid succession, making targeting the ARETHA almost impossible, as well as making any attempt at close combat equal to suicide. Also, the quickboost somehow leaves a missile-misdirecting "flare", although not explicitly referred to as such. As a last resort weapon, the ARETHA also had a prototype Assault Armor, which, while less damaging than its later counterparts, has far greater range.

In Armored Core: For Answer it is shown to also have a laser rifle and small Kojima Cannon. However, the capabilities of the LYNX/AI is somewhat poor compared to what it used to be, and the relatively large flat area in which it lands in (after Overboosting into the battlefield), and then fought in makes its once stunning maneuvers quite useless against long range craft (as long as these are able to keep their distance to the ARETHA that is).

The 00-ARETHA also appears in the Armored Core: For Answer mission, "Attack Anti-Satellite Cannons" during hard mode. It is mentioned that by this time, the ARETHA is considered out-dated and primitive with its only trump card being its Mega Quickboost. It is unknown who is piloting it in this appearance, though it may be operating autonomously, much like the Prototype NEXTs that are based off of it. Unused dialogue suggest Hari may have been its intended pilot, despite having been supposedly defeated during an Arteria assault earlier in the game.

In general, it handles quite poorly. The QB output seems to have been decreased, its Plasma Cannon is underpowered and rarely used. However, its right arm is still dangerous and its Kojima cannon is a bit of a problem for players with bad reflexes. Its Assault armor is rarely used and the only impressive thing about it besides the massive flames from its QB is its ability to shoot through the ground.

The last and most dangerous ability is most likely a glitch caused by the Gatling cannons and Kojima cannon reaching outside the ARETHA's physical in game borders, meaning when it collides with a wall, its weapons are INSIDE the wall and therefore shells from its weapons spawn beyond the wall's physical borders, meaning the shells are inside the wall already when they are fired. Since the physical borders only prevent movement OUT of the game area and not into it, the shells can travel out of the wall's other side and into the game area without stopping.

In AC4, rather than behaving like a regular Next fight, the Aretha has several preprogrammed "moves" that it executes, oftentimes breaking up these patterns by quick boosting. Among these are:

As previously stated, Aretha's Quick Boost has a flare-like effect, and missiles that are fired at it before a quick boost will likely be thrown off the mark. Combined with how painful Aretha's attacks are, you may want to forego shoulder weapons entirely, and stick with a machine gun and/or rifle combination to maintain the speed you need to avoid getting hit by Aretha's gatling guns for prolonged periods of time. When Aretha gets low on AP, Aretha will start mixing in KB blasts with it's other moves; it will likely destroy your Primal Armor and deal a fair amount of damage, but the biggest threat can be getting knocked out of the stage by the blast, failing the mission. Keep a safe distance and maintain awareness of the stage's boundaries while fighting. 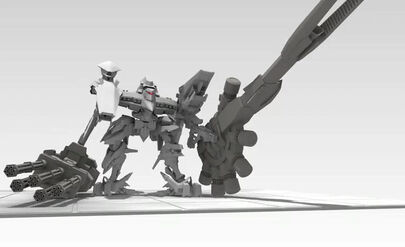 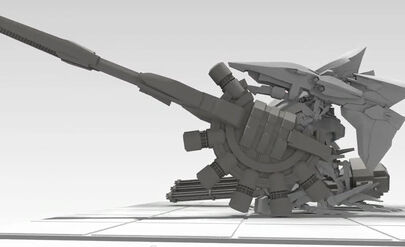 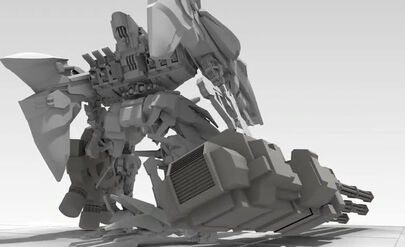 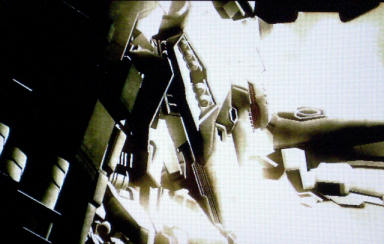 Aretha defeated at the end of AC4 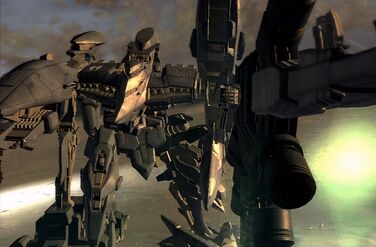 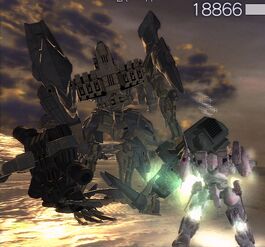 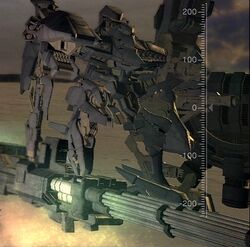 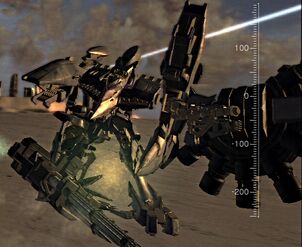 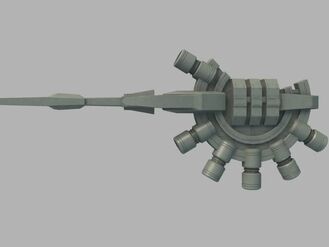 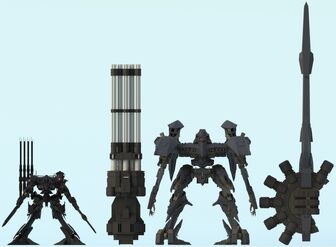 Comparison of the Aretha's weapons to itself (right) and Unsung (left) 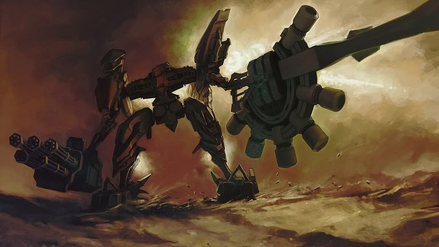 Add a photo to this gallery
Retrieved from "https://armoredcore.fandom.com/wiki/00-ARETHA?oldid=60312"
Community content is available under CC-BY-SA unless otherwise noted.