Amazigh is an Irregular LYNX in Armored Core 4. His skills in combat have gained him the title of "Desert Wolf," and is known as the iconic hero of the MLF and White Africa. Using an Eqbal lightweight custom AC, he fights to liberate his land from the grip of the corporations.

During the months before the Lynx War, Anatolia's Mercenary received several missions directed at attacking the MLF, a White Africa anti-establishment group. In a final, backbreaking move, Anatolia's Mercenary was dispatched to the Former Peace City Area, to attack Barbaroi as it was transported via truck to its next destination, powered down and immobile. Assuming one takes hard mode as canon, Amazigh was informed of the attack and activated his NEXT before Anatolia's Mercenary could ambush him. In the ensuing duel, Anatolia's Mecenary fought both Amazigh and the newly arrived Joshua O'Brien, hired by the MLF to support Amazigh. In the end however, Amazigh was defeated, and Joshua O'Brien was left disabled in his NEXT in the desert until he could be extracted.

By taking on lethal amounts of psychic stress, Amazigh has achieved a degree of control over Barbaroi that is far beyond the limits of his low AMS compatibility. Based around an Eqbal standard SALAF Armored Core, Barbaroi is a red and orange lightweight unit designed to be highly mobile to compensate for its light weapons and armor; even for a SALAF, however, this NEXT sports even greater capabilities than the average SALAF and even what its stats suggest. Little about Barbaroi differs from the normal Eqbal stock frame, other than the Technocrat-manufactured Rockets being replaced by Omer-made Scatter missiles, and the normal Eqbal machine gun swapped out for an Eqbal assault rifle. Unlike Asyut Minya, Barbaroi is built specifically to engage in short skirmishes, and is particularly effective in single NEXT to NEXT battles, where his speed allows him the advantage over his opponents. Because of his weapon layout (SHAITAN shotgun and AZAN assault rifle), Barbaroi is dangerous in close range combat, and should not be taken lightly.

Any not listed are 0 Points

One of Maghrib's irregular Lynx, and pilot of an Eqbal-base lightweight custom AC. The iconic hero of the White Africa anti-establishment movement. He fights to free his land from the grip of of the corporations. 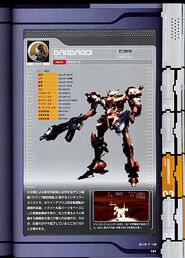 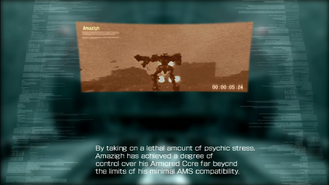 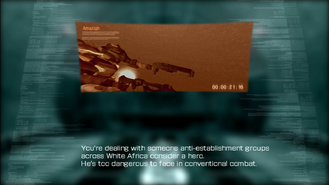 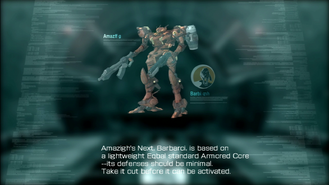 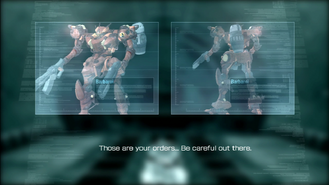 Add a photo to this gallery
Retrieved from "https://armoredcore.fandom.com/wiki/Amazigh?oldid=60504"
Community content is available under CC-BY-SA unless otherwise noted.