The original sanctuary for Ravens, the Ravens' Nest was the precursor for Nerves Concord.

Unlike it it's predecessors the Nest had no influence on Ravens and no restrictions to what a Raven can do and not do; it only served as a mediation group and also as a place for Ravens to gather. It set many precedents for future groups, such as providing basic AC resupply and repair, stipulating that any mission handled by the Nest meant that a small fee was charged, and also that it did not support Ravens if they were in trouble. The only "Operator" was an AI by the name of R, and served as the operator for all Ravens. It is only during Master of Arena that individual Operators were hired. During the events of Armored Core: Master of Arena, it is revealed that the Ravens' Nest is controlled by Hustler One, a super advanced AI. Once it is destroyed, the Ravens' Nest ceases to exist. 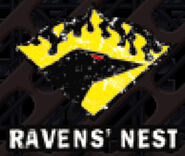 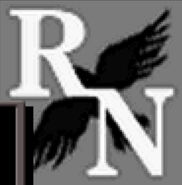 Raven's Nest Mail Logo
Add a photo to this gallery
Retrieved from "https://armoredcore.fandom.com/wiki/Ravens%27_Nest?oldid=47407"
Community content is available under CC-BY-SA unless otherwise noted.